It’s been a long time since I posted an update of many sorts; the move and new job kept me very busy, as you might expect, and while I did get walking to work everyday into my routine, I didn’t fare so well when it comes to posting things here that I found interesting and/or wanted to remember.  That said, I do have a list of things I meant to get to writing down… the first being on customer service.

When you move, you need to start, update, or cancel virtually every relationship you have with a company.  This is painful enough to discourage moving – as if exorbitant real estate commissions didn’t take care of that (more on that later, perhaps). Amongst this flurry of customer service interactions, there’s bound to be a few “exceptional” cases worth noting…

And the nominees are:

Earlier, I mentioned the place we found had the best (by far) foreign exchange rates, Omega Foreign Exchange. You bring them a bank draft in Canadian dollars, they convert it to USD (or anything else) and send it to the account of your choosing. This is a bit of an issue if your financial institution runs into difficulty as soon as you exceed the complexity of what’s possible at an ATM, as PC Financial did in our case. I had already departed for the U.S., so Valerie had to deposit a certified check / draft for the proceeds of selling our condo. Here, we ran into the first set of problems. Depositing at an ATM was the only option, and that’s slow because you can’t get your money till someone opens the envelope and verifies things. Worse, you can’t actually deposit large checks at their ATMs, so they ask you to just put in some arbitrary maximum value, and they’ll manually correct things later. On top of this, PC Financial doesn’t have branches so instead of walking in and getting a draft like I did at TD, you have to make a request and wait for things to show up sometime later at a CIBC branch. During the process, PC Financial had little idea what the status of things was, or how long it would take.  “Well, you’ll get it when we open the envelope” is not a very helpful response.  In the end, Valerie didn’t even get the transfer done before she had to leave Canada, and we had to depend on family.  Not everyone is as lucky as we are to have family or friends to trust with the entire value of your home (they could have wired it anywhere).

The issue you’re more likely to run into with PC Financial is that their ATM cards aren’t on the PLUS network, and thus don’t work overseas. As Valerie inconveniently discovered when she was overseas… by herself, with no money. I’m not sure if the draw with PC Financial is that you earn 0.05% more interest or something to that effect, but otherwise, unless you do a lot of shopping at No Frills, I can’t see why you’d do your banking with them. 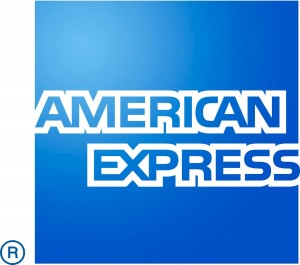 Amex has provided consistently good service, and this move was no exception. While many companies were bewildered with the idea that someone might be moving outside of Canada, Amex had a Global Account Transfer program in place to make it not just easy to move and update everything, but also to bypass the normal credit checks in your destination country based on your prior history back home.

What was truly noteworthy with Amex, though, was the depth of knowledge they had in areas I didn’t expect. Specifically, I had a Costco Amex card, and while there’s something similar in the U.S., you can only have one at a time because it doubles as a Costco membership card. Costco is another company I think provides great service whenever you’re unhappy with something, and Costco memberships are global, but they seem to have a few legacy systems that can take months to update; the U.S. warehouse, by default, will think I still have the Canadian card for something like 3 months. Not only did Amex know all about this, but they even put calls into Costco to expedite the clearing of the foreign record so that I could get a card quickly. They seemed to know more about how Costco works that the Costco reps did. Pretty impressive!

It didn’t hurt that with Valerie losing her card just a few weeks after we got it for her, they got a replacement out very promptly via courier at no cost to us.

You may recall my experiences with Rogers, which I found to deliver incredibly sub-par peering speeds to a whole variety of networks. My friend Andrew was getting vastly (in some cases, 10x) higher speeds with exactly the same last mile infrastructure, as his ISP (TekSaavy) seemed to actually know how to connect to the rest of the Internet. In any case, I wanted decent speeds here and in my area, that meant getting fiber from Verizon.

Or so I though.  I knew there was a Verizon fiber box installed at the home we were moving into, which seemed to make it a logical choice. Verizon’s site couldn’t find my address, and despite trying its tips on removing spaces and extra decorations on the address, I had no luck. So I called the 800 number stated on the website – it was disconnected. You’d think a communications company would be reachable by phone! What’s more amazing is that even after getting through to someone, it took quite a while for them to identify why I had a problem in the first place – Verizon sold their fiber business in Washington to Frontier, who still use the FIOS name for their service. I’d have to call them. Why their site doesn’t just look at the state and say “not available in Washington” as opposed to “can’t find your address is beyond me.

A very friendly lady at Frontier then helped me out, but it led to a hilarious dialog:

I’m sure that I’ll eventually wind up paying for this in some way.  Actually, I had better go see how much they’re really charging me…
I’ll finally note here that going with Frontier at all was a gamble, as they had a rating between 1 and 2 stars out of five – though most indicated that the service was good, once in place (which has been my experience).  This decision was made a little easier by the fact that the only other option, Comcast, had equivalently low ratings. Obviously none of the reviewers were on the service I had been getting from Rogers!

With TD Insurance, I had an experience that was simply stellar. When Valerie cancelled our various insurance policies in Canada, there was a mix-up about the effective date of the cancellation for my auto policy. Honestly, I would not be surprised at all if we were the cause of the error, but the net result was that I would have been uninsured for a month – not good if something happened to my car in transit, and especially not good given that I’d have a rental car in the U.S. The first response Valerie got from TD was, too bad, it’s cancelled, your only choice is to initiate a new policy which you’ll have to pay a cancellation fee on after a month.  I heard something similar when I first called in.

Fortunately, and for reasons unbeknownst to me, the agent I was talking to felt sorry for our situation, and really went to bat for us to get things remedied. Since undoing the cancellation was a complex affair requiring multiple approvals, it wasn’t something she could do right away, or that she could even promise me could be done at all. In contrast to the usual “call us back during these hours” approach, she made it her personal mission to get things right; it was the first thing she did when she got to work the following morning; I had barely even woken up when she called to let me know where things were in the process. I got another call or two as things proceeded, and the net of it is that with a single phone asking for help, she got us exactly what we needed, kept us apprised of where things were, and acted as an advocate for us. This was especially surprising because we were leaving the country; this was not about saving or generating business for TD, in fact, it was about allowing me to ultimately stop service while paying less.

I was so impressed by this turn of events, that I called back later to find out who the agent was that had helped me, so I could send a written statement of how exceptional I felt the service was – for her, and for her boss, because we need more people with that attitude running customer service departments. I’ve never done this before, but it is something I think we should all do more of – if some gratitude and reward was there for not just companies but individuals that provide excellent service, wouldn’t that do a lot to alleviate the much more common cases of terrible service?

There was one more example I had in mind of bad service, but a result of not writing it down, I’ve forgotten it. Perhaps because a recent experience not related to my move, with Travelocity, was so stunningly bad that it makes others look good by comparison. I’m planning to dedicate a whole post to that one, and even intend to file a complaint with the BBB over how bad it was!